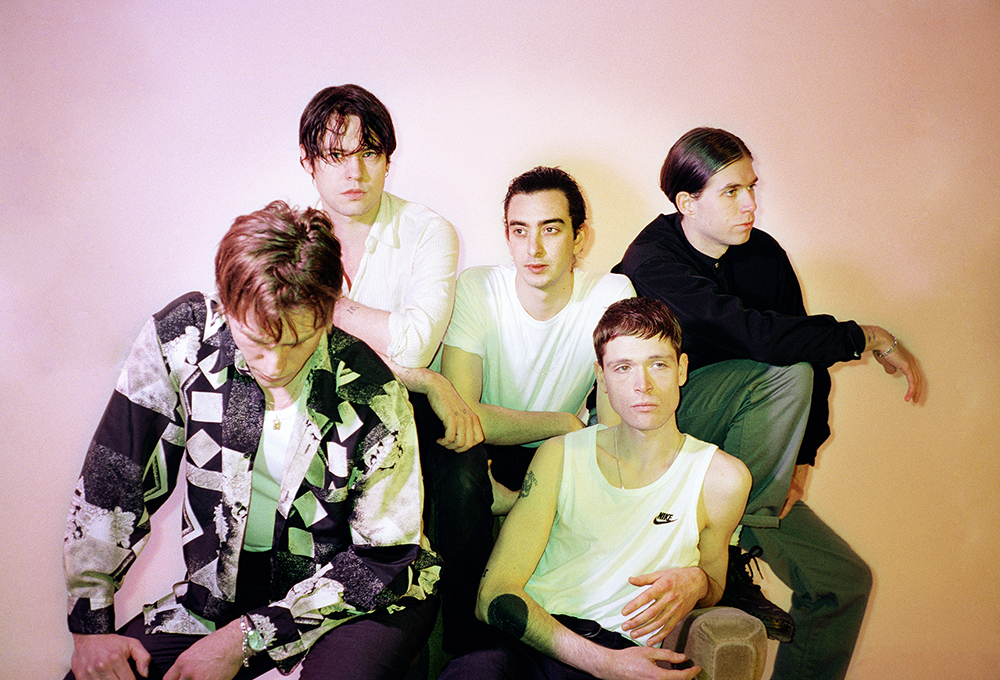 Playing an expressive, and powerfully physical version of rock, Iceage are a quartet from Denmark who found international renown and a cult of fans while they were still in their teens; for the past decade they’ve been living incandescent lives through music, growing as they go. Iceage was formed in 2008 by singer and guitarist Elias Bender Rønnenfelt, guitarist Johan Suurballe Wieth, bassist Jakob Tvilling Pless, and drummer Dan Kjær Nielsen. Iceage issued their first self-titled EP in 2009 ahead of their 2011 debut album, a nervy and hard-hitting set called New Brigade that appeared on best-of-the-year lists from Pitchfork to Spin to Uncut and the BBC.
The band’s creative direction evolved dramatically over the following seven years and three albums for Matador Records, adding shading to their signature dynamics with horns, keyboards, and acoustic guitars — arrangements that reflected an eclecticism and broadening experience. In 2021, Iceage will release Seek Shelter, their fifth album and first for Mexican Summer. For Seek Shelter the band’s eternal edge bears signs of elegant vulnerability via their most expressive songwriting and expansive production to date. Romantic piano balladry, invocations of patron saints and a gospel choir are but a few elements in a new emotional palette, ripe for the psychedelic flourishes of Sonic Boom’s (Spacemen 3) production.